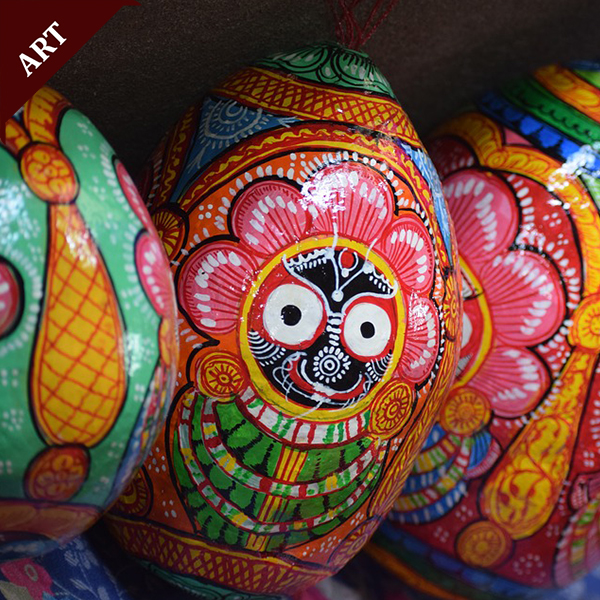 Paintings based on Hindu mythology. It is created on a special paper hand-made from tamarind seeds and the colors used are natural extracts from fruits & flowers. 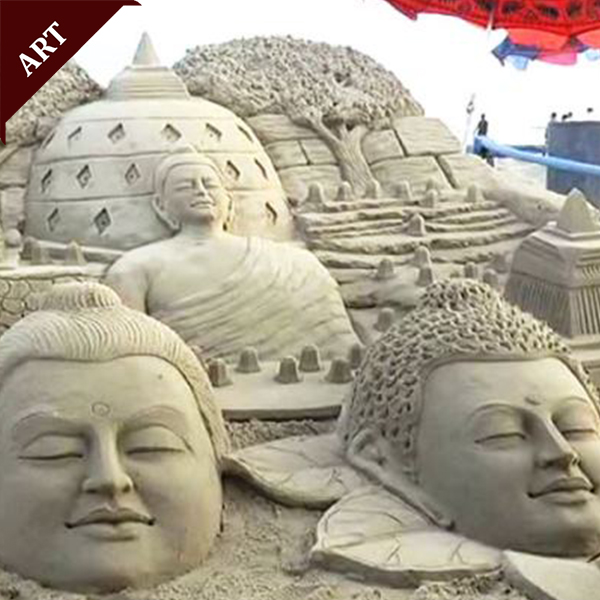 Carving of sculpture in sand or sand art as is widely called has been historically rooted in Odisha. 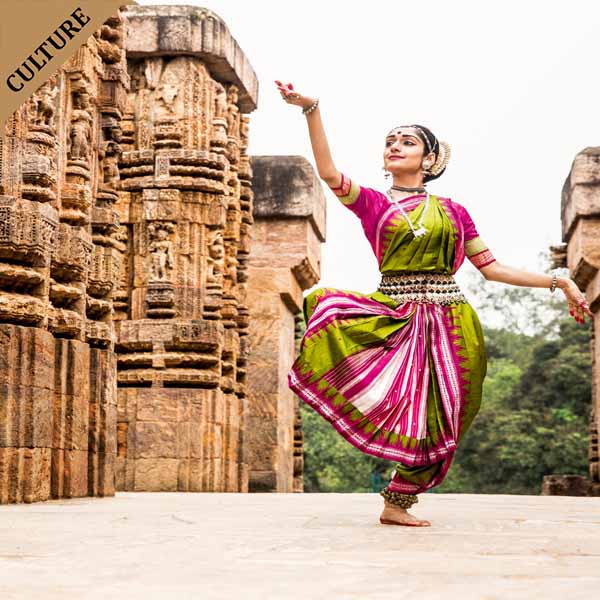 Odissi is one of the pre-eminent classical dance forms of India which originated in the Hindu temples of the eastern coastal state of Odisha in India. Its theoretical base trace back to ‘Natya Shastra’, the ancient Sanskrit Hindu text on the performing arts. 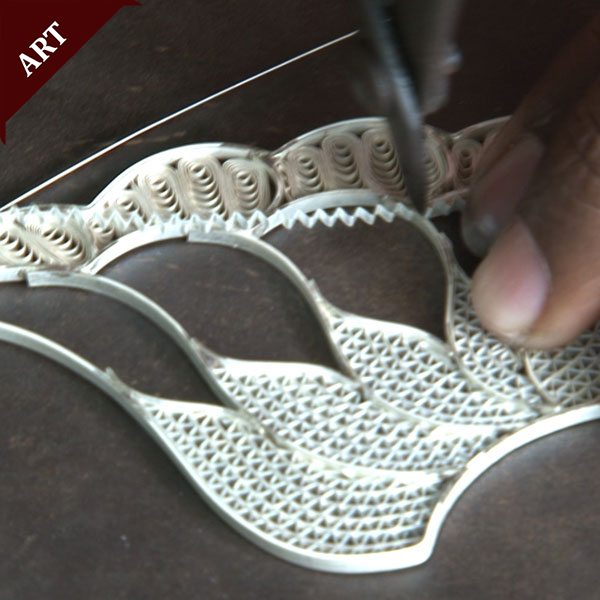 Of all the handicrafts of Odisha, silver filigree, the most unique & finest is locally called tarakasi. 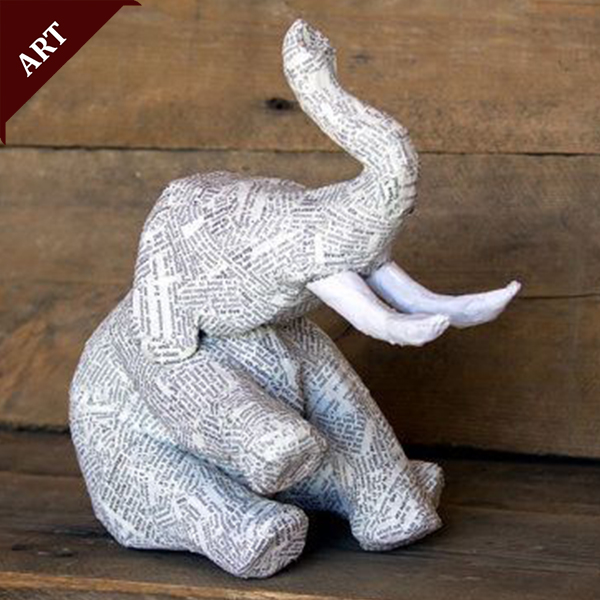 Made from paper, waste cloth and different kinds of natural fibres, Paper Mache skill has been creatively practiced by craftfolks from all over Odisha since long. 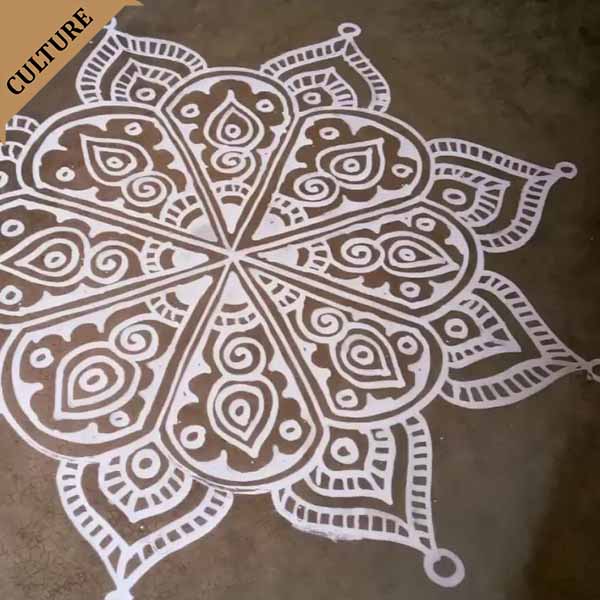 Jhoti is the traditional Oriya art on the floor and walls, very popular in the rural areas. Jhoti is quite different from rangoli. While rangolis are made using coloured powders, jhoti involves line art using the traditional white coloured, semi liquid paste of rice or pithau. The fingers are used as brushes in this art form. 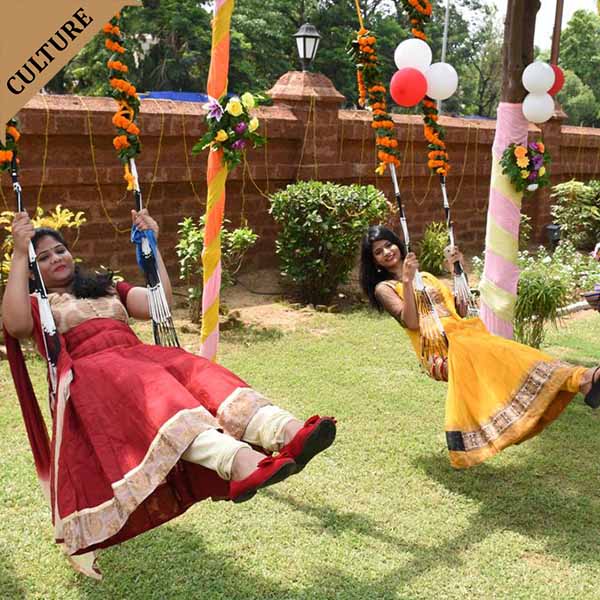 Raja or Raja Parba or Mithuna Sankranti is a three-day-long festival and the second day signifies beginning of the solar month of Mithuna from, which the season of rains starts. Mythology It is believed that the mother Goddess Earth or the divine wife of Lord Vishnu undergoes menstruation during the first three days. 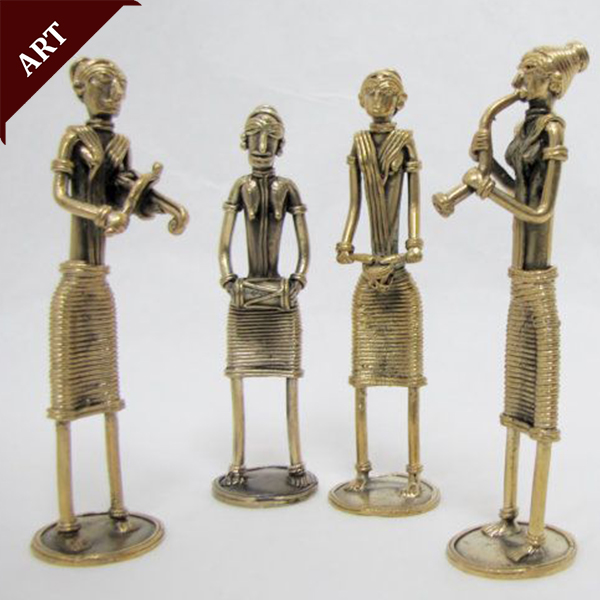 Dhokra or bell metal craft is a tribal craft that syndicates metallurgical skills with wax technique to create things of distinctive beauty, practiced for over 4,000 years 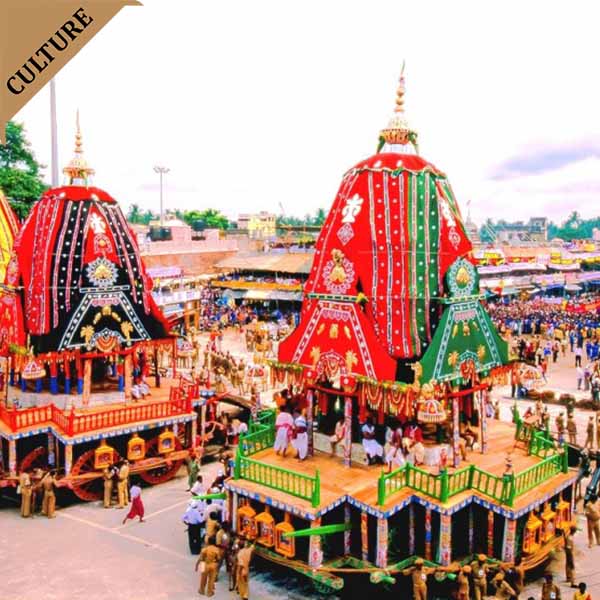 Jagannath Rath Yatra is one of the most awaited and much-celebrated festivals in Orissa as well as countrywide. It is dedicated to Lord Jagannath i.e. Lord Krishna, his sister Goddess Subhadra and his elder brother Lord Balabhadra. Commonly known as Gundicha Yatra, Dasavatara, Chariot Festival or Navadina Yatra, it is celebrated every year in the month of June or July. For this, the Puri Rath Yatra sees 4-5 lakh pilgrims every year. Indians, as well as foreigners, flock in large numbers to get a glimpse of the idols in the chariot. It is believed that those who manage to get a glimpse of the idols will have a prosperous year ahead. 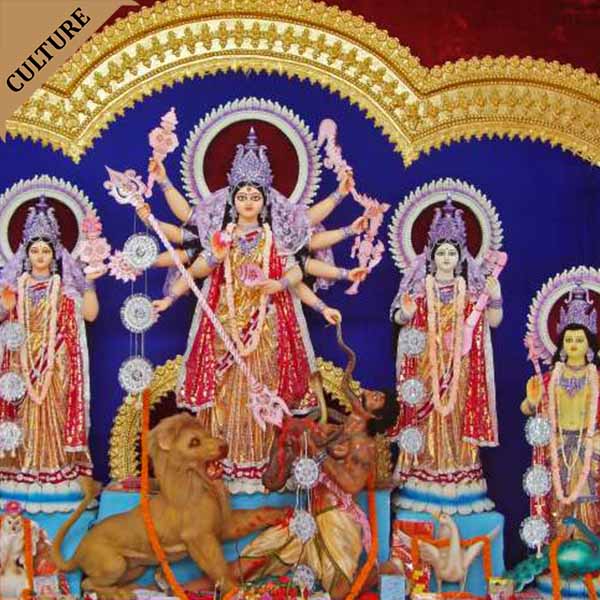 Durga Puja, a popular festival, is celebrated to worship the Goddess of Power and War, the Goddess Durga and celebrate Naari-shakti (women power). The festival takes place in the month of Aswin or Kartik i.e. September or October every year according to the English calendar. During this Hindu festival, devotees totally immerse themselves in Durga puja festivity for ten days. 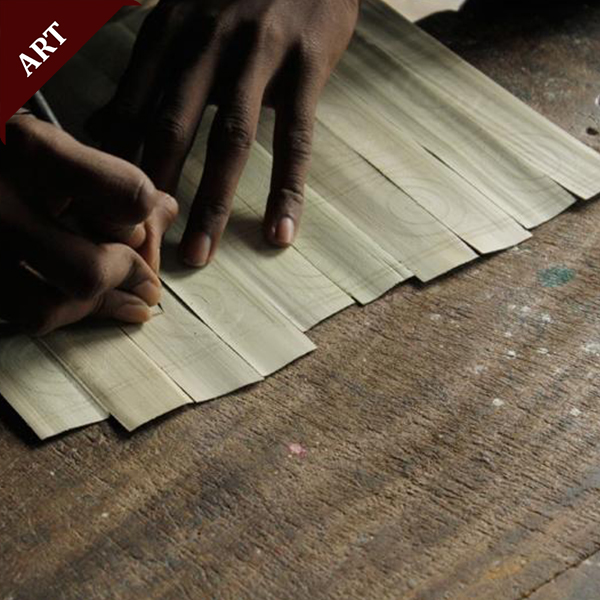 Messages and manuscripts were written on the palm leaf to be disseminated. Gradually the trend to decorate the text with images began and that became an art in itself. 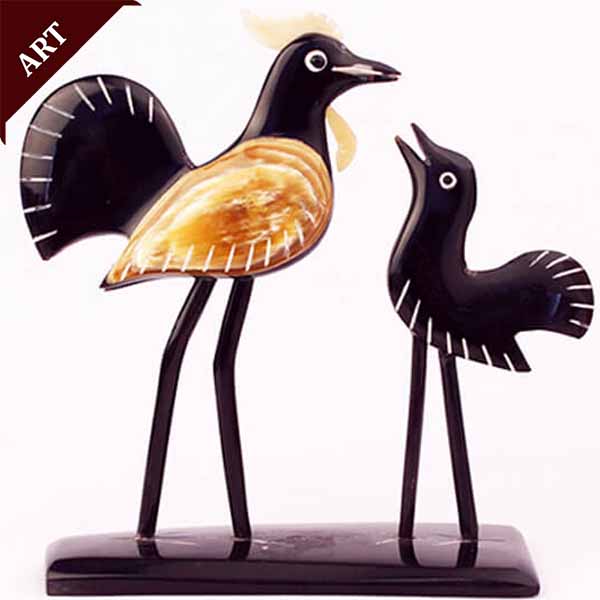 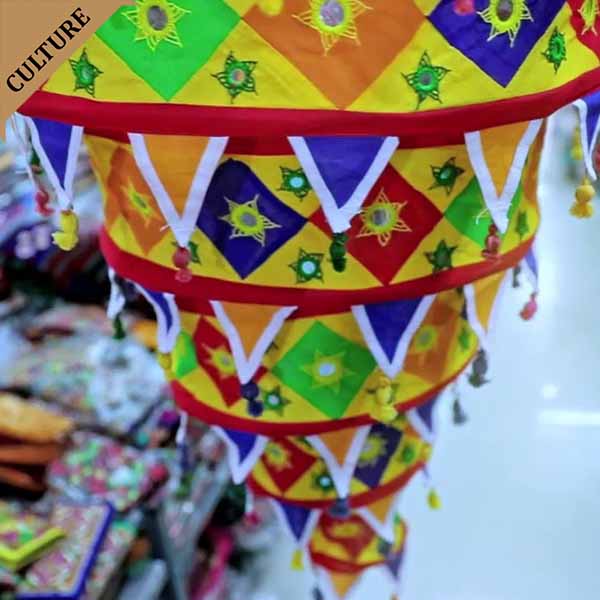 The colourful applique cloth covers of the three rathas of the deities during Rath Jatra. Apart from different in colour The basic design of all three is similar. Applique work is also used in making pillows, seats and ritual dresses for the deities. 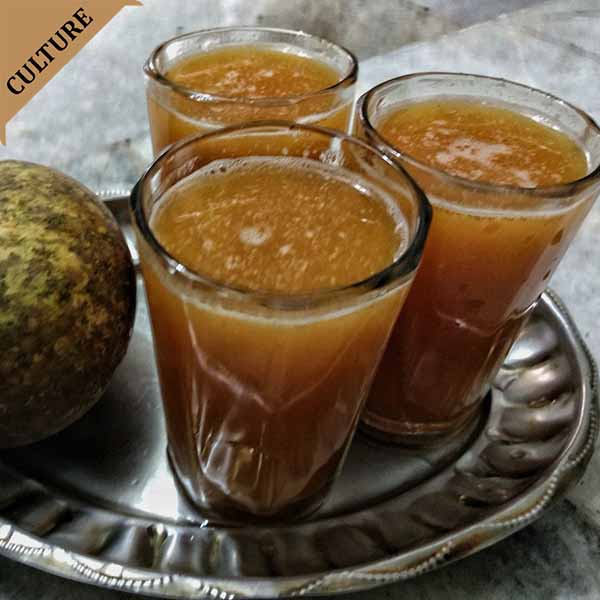 Pana Sankranti, also known as Maha Vishub Sankranti, is the traditional new year day festival of Buddhists and Hindus in Odisha, India. The festival date is set with the solar cycle of the lunisolar calendar, as the first day of the traditional solar month of Mesha.